FUNgrass is part of the

What FUNgrass has to offer you

A complete solution is what you need. And that is exactly what we have to offer. With a wide array of products and tons of specialty products we can cater to your every need!

Our wide range of products will normally fulfill all your wishes. However, custom-made products are a possibility as well for large orders on a long term basis. So get in touch with us and we will make sure to surprise you with the unlimited possibilities of our artificial grass. And not to worry, a clear sales policy and a professional market strategy is part of our daily routine. You can count on a reliable partnership as we know this is the key to mutual success in both of our businesses.

Our ‘state of the art’ production facilities are equipped to manufacture more than 20 million square meters of artificial grass per year.

With more than 30 years of experience in the production and marketing of artificial grass, Sports and Leisure Group is one of the most reliable and best performing artificial grass companies in the world.

Today we are responsible for the production of more than 200 million m² of artificial turf for all different types of possible applications for landscaping purposes.

Reliable and sincere partner, engaged to have a positive social impact on all different stakeholders 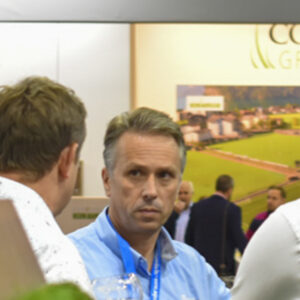 25+ Years of experience in floorcoverings. When he finds some free time he’s off conquering the open seas on his sailing boat. 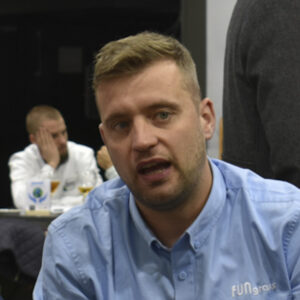 Started off by installing artificial turf initially to eventually making a name for himself as a senior sales director at FUNgrass. And on top of that he’s a dedicated football coach in his spare time.

After his studies in the United States, he started his career as an intern at Namgrass. He climbed the ladder from intern, installer, sales development to eventually international sales. Later on with his expertise he became the export manager of FUNgrass.

When Jeroen is not on the job or traveling, you can find him on a tennis or padel court. 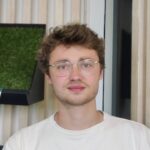 Started his career in the production and supply chain of artificial grass.  Furthermore Louis worked on  E-commerce as a digital marketing expert. Louis is the latest member of the FUNgrass sales team.

We use cookies for better customer experience and easier use of this site. By continuing to browse this website you agree to the use of these cookies. Read all information.